Our research and development has been supported privately by our founders and industry stakeholders but also by InnovateUK through the Catalyst programme and by Department for Business, Energy & Industrial Strategy (BEIS) through the Energy Storage Cost reduction competition and more recently through the BEIS Long Duration Energy Storage (LODES) Stream 2 competition.

So far, we have focused on de-risking the most innovative sub-systems in the PTES. These have been demonstrated at TRL 4, at a 1MW scale. SynchroStor’s objective now is to combine these sub-systems in a 1MW x 10MWh pilot demonstrator. The LODES phase 1 programme allowed SynchroStor to consolidate the Basis of Design and General Arrangement of the PTES technology to provide a comprehensive starting point for design & delivery of this demonstrator. We expect this pilot to be operational in 2024, validating the technology at TRL 6 and preparing for market entry.

The LODES programme also allowed SynchroStor to develop a detailed Feasibility Study for the technology. This scope of work also included a market study, system costing, CO2 abatement analysis and a technology risk assessment. This work was well aligned with SynchroStor’s roadmap and has provided more evidence to support our plans for whole-system demonstration.

The SynchroStor senior team has considerable experience of working in the startup environment, liaising with established contractors to provide specific expertise and design capacity as we grow. Our stakeholders bring the perspective from the end-users and the OEM. As such, our team is fully vertically integrated – from the designer to the end user. 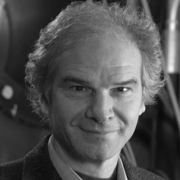 Win has over 40 years experience of leading the design of novel systems, primarily in complex fluid power systems for renewables, transport and off-road machinery commercialised through Artemis Intelligent Power.

Win founded SynchroStor in 2017 to explore a number of inventions which could dramatically improve on previous efforts to industrialise Brayton loop pumped heat systems.

Win holds the Chair of Energy Storage at the University of Edinburgh and is a Fellow of the Royal Academy of Engineering, the RSE, the Institution of Mechanical Engineers and the RSA. 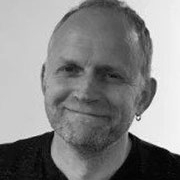 Carn has over 30 years of design experience. He has delivered diverse research and development projects both in academia and industry as well as designing robotic handling solutions and complex fluid power systems for marine energy concepts.

Carn has extensive hands-on workshop experience and will follow projects from inception through design, build, commissioning and handover to the end user.

Carn has been part of the SynchroStor since 2017 where he now leads the engineering design effort. Prior to this he provided fluid power consultancy at Quoceant after leading the hydraulics team at Pelamis Wave Power. 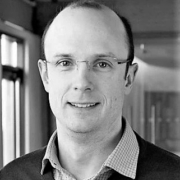 Jacob has worked in the energy industry for 15 years, developing innovative solutions for projects onshore and offshore. He has led concept designs from FEED to full-scale prototyping as well as delivered complex EPCI projects.

Jacob’s experience extends beyond engineering design, having worked on due diligence exercises for transactions of major power generation assets. Jacob has also worked in advisory roles to UK and Scottish Governments on various energy topics.

Jacob joined SynchroStor in 2019, after 5 years with Arup’s Energy Consultancy. 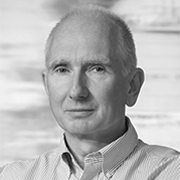 Rick has 40 years of exprerience specialising in novel design, including offshore structures, carbon capture & utilisation, renewables and the water industry.

Previous to starting at SynchroStor, Rick worked at ConocoPhiliips where he was technology director for the Emerging Technology and Technology Ventures Groups. In these roles Rick evaluated and initiated projects in carbon catpure, energy storage and other startups & investments. Previous to this, Rick was a lecturer at UCL and a researcher for the CEGB.

Rick is an honorary professor at the University of Edinburgh and Fellow of the Royal Academy of Engineering. 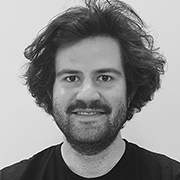 He has experience working on the development of a wide range of rotating machinery from large MW scale digital-hydraulic machines to high performance transmissions from the motorsport world.

Tim has a multifaceted background ranging from detailed computer based modelling and analysis over product development and full scale machine testing. 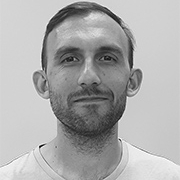 Alexis has worked for 13 years in technology development, in the domains of renewable energy and energy saving with digital displacement technology.

As a mechanical engineer he worked on a range of aspects of rotating digital-hydraulic machines, with a strong focus on testing and application engineering.

Link to: Technology
Link to: Market
Link to: Contact
Scroll to top